The Arbitrary Lines and the Brutality of Borders 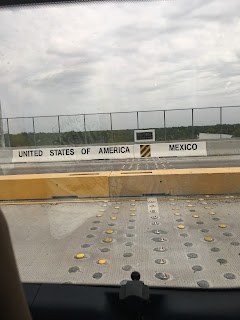 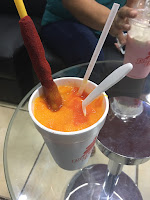 After driving for what seemed a day's journey, including an interesting interaction at the border that included a full sweep of our vans, we arrived at the Larry Acton Center.  We had beds.  Four nights of sleeping on the floor made us all quite excited for the beds that night.  Did I mention the beds?  A wonderful meal was followed with an orientation to our site in Mexico and some fun with a trip for ice cream.  Having traveled extensively in Guatemala, I remembered the streets and the concrete-construction homes.  Of course, there are significant differences; yet a common thread persists.  How many American policies on trade and production impacted local communities in Mexico like Rio Bravo creating the poverty and violence that so many were fleeing?
We met one man who was deported from Colorado.  Now living in Rio Bravo and helping at the center to assist with other immigrants who are displaced or have been deported, he seemed filled with a calling for this work.  While driving back from the ice cream place, he shared that his son was in the United States.  He had not seen him since he was a toddler.  There was a familiar tightness in my chest as I considered that I was missing my own kids after five days.  He had not seen his son in years.  He had not spoken to him in almost a year because they changed numbers and he could not find him.  Here, I traveled freely from one border across another simply by accident of my birth while a father was denied his son because of his birth.  Our policies must change when they tear families apart.  No one should be an exile because of a border made by human hands.  No child should be orphaned because of the arbitrary lines we've drawn.

With one quick day of service, we concluded our time with a visit to a residential school being built for the children who are orphaned and left in Mexico.  Some of their parents have died because of violence from gangs, others because of a drug addiction, for some one parent may be in detention and the other died, and yet others find themselves caught in waiting for a relative from the United States to call.  This is the reality of borders.  All of our laws and policies are at some point in sufficient for the completion of justice.  True justice requires both mercy and compassion, not easily billed into law or courtroom.  Yet, here is a school grounded in compassion with people who have no incentive to teach and care for another's child beyond the truth that there are no other people's children, no other people's pain, no other people's problems.  We are one, for better or worse.  I close my time with a chilling humility of what it means to be American, to be able to freely cross these borders and to return to my children.  I close my time with an ache and a new awareness that I know will tug at me even as the plane lands in New Jersey.  You cannot journey on a pilgrimage without being changed. 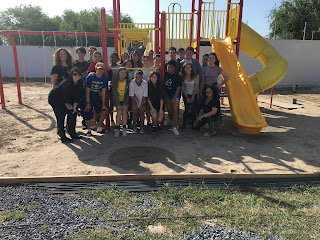