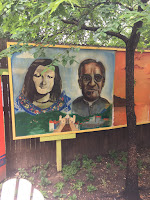 I don't think she is really a saint, but there is a house named for the civil rights attorney who worked with Oscar Romero in El Salvador for basic civil liberties.  She was killed, like Romero, for her "progressive" ideas. Since when is human dignity and free speech progressive?  I had not heard of Marianella until I visited Casa Marianella, a home for those who are released from a detention center and seeking to put their lives back together after the trauma.  We met with some of the folks who have been touched by Casa Marianella.  Again and again, we heard stories about how the idea of such a place helped them get through the trauma of a detention center.  Just knowing that a place existed where Americans were trying to welcome immigrants helped ease the pain of being held in a place called the fridge, where temperatures could be as low as 40 degrees all day.   The idea of Casa Marianella helped some make it through detention centers that did not allow those being detained to have human touch.  Imagine not receiving a hug for a year in a windowless cage?

Across Casa Marianella were beautiful mosaics painted by refugees and immigrants who received care and compassion in that place.  Some were inspirational with leading figures while others depicted landscapes and yet others served as a memorial.  Not all were signed.  I imagined the idea of a place mattering as much as the place itself.  Imagined the work of these artists extending beyond anyone they would ever meet.

Sometimes, our work has impact that we never see on people we never meet.  It can move past all the walls, and locks and every measure of deprivation, because our humanity will struggle to survive like all life, the smallest piece of earth in concrete will sow seed. 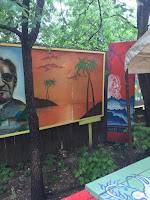 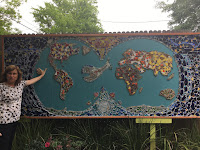 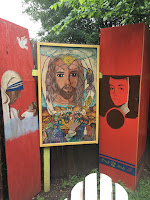 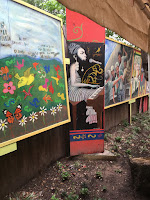 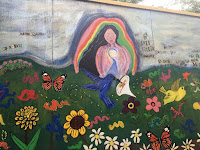 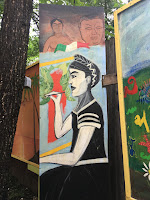 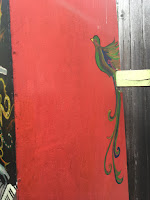 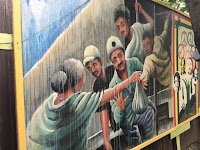 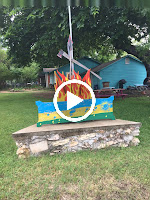