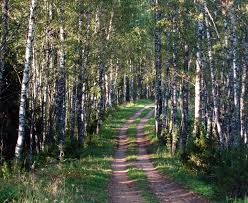 I come from a family of runners.  My father and uncle have both run marathons, including the Boston Marathon.  I started running with my Dad when I was still in elementary school.  I remember the day I caught up to him in high school, and he earned the nickname “snail man.”

I remember the day when after years of running, I was in college and a man at my church told me that I really should be careful about running.  He gave me all the statistics of women being assaulted and started with passion to describe how easy it would be for someone to scoop me into a van.  I remember feeling in my body the hook into a fear that had long been present.

When you are a woman you learn these things: never run alone, never run at night, never run in unknown places, never run in desolate places, keep a phone with you, run with friends, bring mace.  You know the rules.

That day, in the crowded hall outside a sanctuary of all places, I also learned the sensation of harm called help like a hook to the gut.

I remember in September when a white moderate explained to me, with her hand on my shoulder, that I should not worry.  Trump would never go after my rights.  Didn’t I see the picture with the rainbow flag?  I am sure she believed that, and I knew that hook that was in me, was in her too.

Over the years, I stopped running.  The fear was too present in my body.  I don’t blame the man in my church.  It was not just one person.  And I gave the fear power.

I decided this past year, after the election, to start running again.  Every time I’ve run outside, I’ve felt that fear in my body.

I ran today in Atlanta.  A beautiful sunny day had turned into a slightly cloudy day. My hosts gave me instruction to a nearby park.   There were trails throughout the park and runners all around.  I looked forward to an uphill trail that edged around a corner—I could not see the other side.

Normally, I would turn around.

This time, I saw a blue bird fly clear across the path and heard the voices of women walking the trail coming over the hill.  Somehow between their voices and my own voice, I felt it was safe.  And I went for it.  Sprinted up the hill and round the bend.  The trail ended!  I stood there considering the options; took one defiant step outside the trail.

I ran back, down a hill as the softest rain started and I didn’t mind crying right there in the middle of the park with the teenagers awkwardly smiling at me and the toddlers on swings squealing.  Sometimes courage feels like joy.

Without fear, I ran today.

One more day in the resistance.
Posted by Rev. Robin at 11:04 PM