Theology Thursday: We Are the Resistance 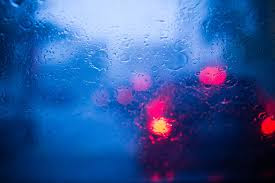 The driver and I locked eyes.  We could have flashed lights to one another, but that would seem extreme.

Instead, we nodded to one another, hit the brakes, and motioned to the woman at the side of the street.  She had been standing there-in the rain- for some time.  It was pouring, a cold New Jersey rain and  her hands were full.  No umbrella could be held.  She was soaked and shivering.  We stopped in the middle of a street without a cross walk or stop sign.  The driver in oncoming traffic and I held steady as the horns blasted us from behind for letting someone cross the street.  Through my wipers, I swear I could see the driver smiling back at me.  "We are the resistance," I thought.  Small and large acts of human kindness which hold worth and dignity against the storm.

Two days later I was protesting in a town adjacent to my own.  We were standing up for healthcare, specifically the affordable care act.  Teenagers drove by swearing a few less than creative obscenities at us.  Twenty minutes later they returned with a bottle of unknown substance that was thrown overhead.  My right side (ironic I know) was covered in an oily, brownish fluid that smelled like vinegar.  My first thought was, "Thank goodness it isn't urine."

After speaking with police, I drove home.  Relieved to feel the hot shower letting the hate-liquid run into the drain.